Dear Friends and Members of HPHT,

I’m writing with exciting news that the HCM Nominations of the Chicano Arts Collectives of Highland Park, Mechicano Art Center and el Centro de Arte Publico, are scheduled for this upcoming Tuesday August 24th at 10am for their final hearing and votes in front of the Full LA City Council.

This is a major moment and we are so excited to be able to share this with you after coming together as a community over the past year to make this happen.

We hope that you will be able to attend the meeting remotely on Tuesday to support and give public comment. We are items 19 and 20 on the agenda, which can be found HERE.

You can send your public comment directly to the Council Files via LA City Council’s online portal at https://cityclerk.lacity.org/publiccomment/, using council file number 21-0140 Mechicano and 21-0136 for Centro. If you’re short on time, all it needs to say is “I support this nomination.”

We are so thankful for your support and we very much hope to have good news to share with you following the meeting. 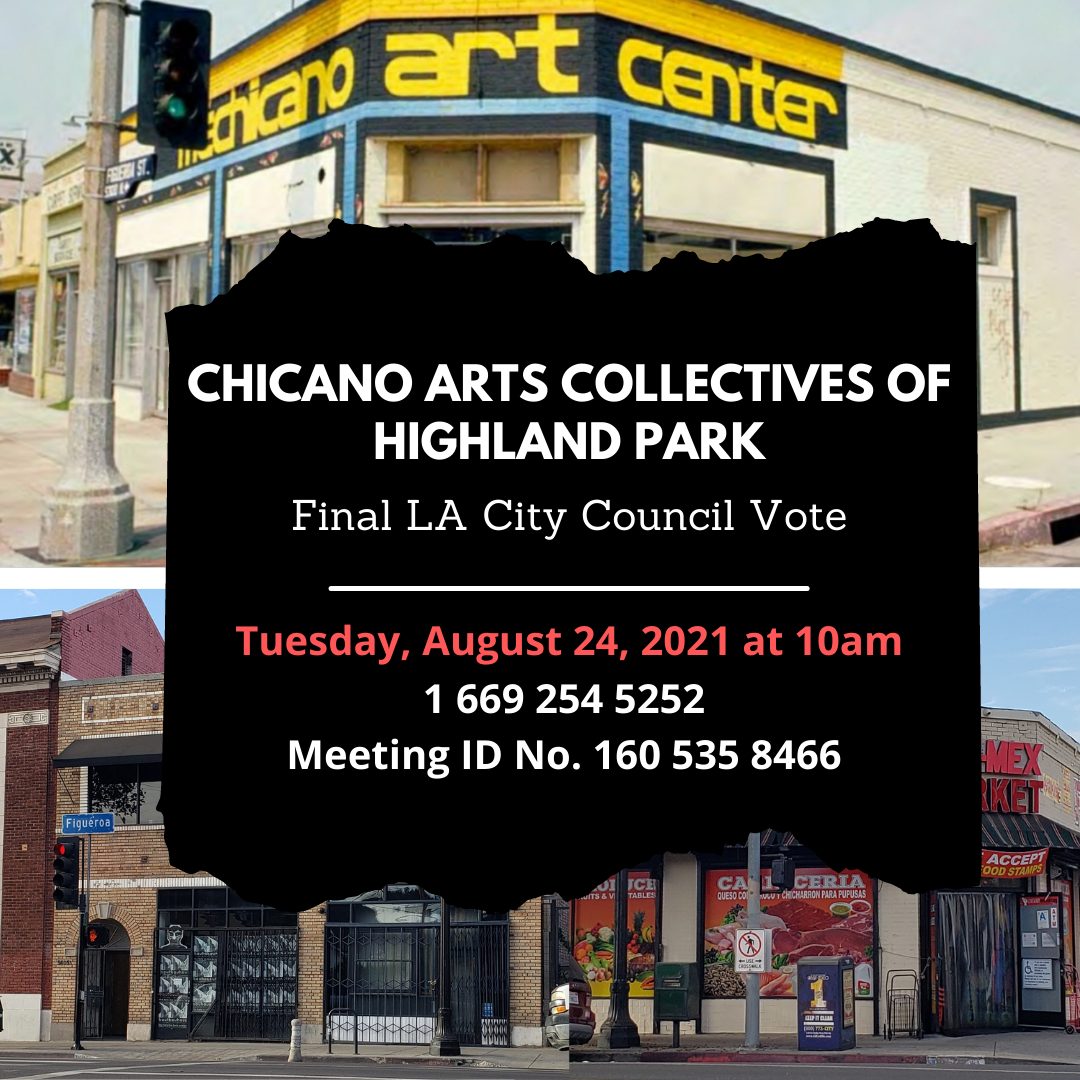 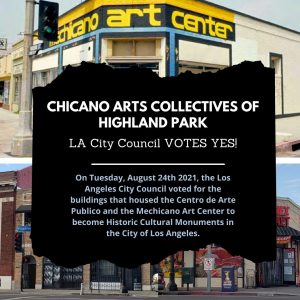